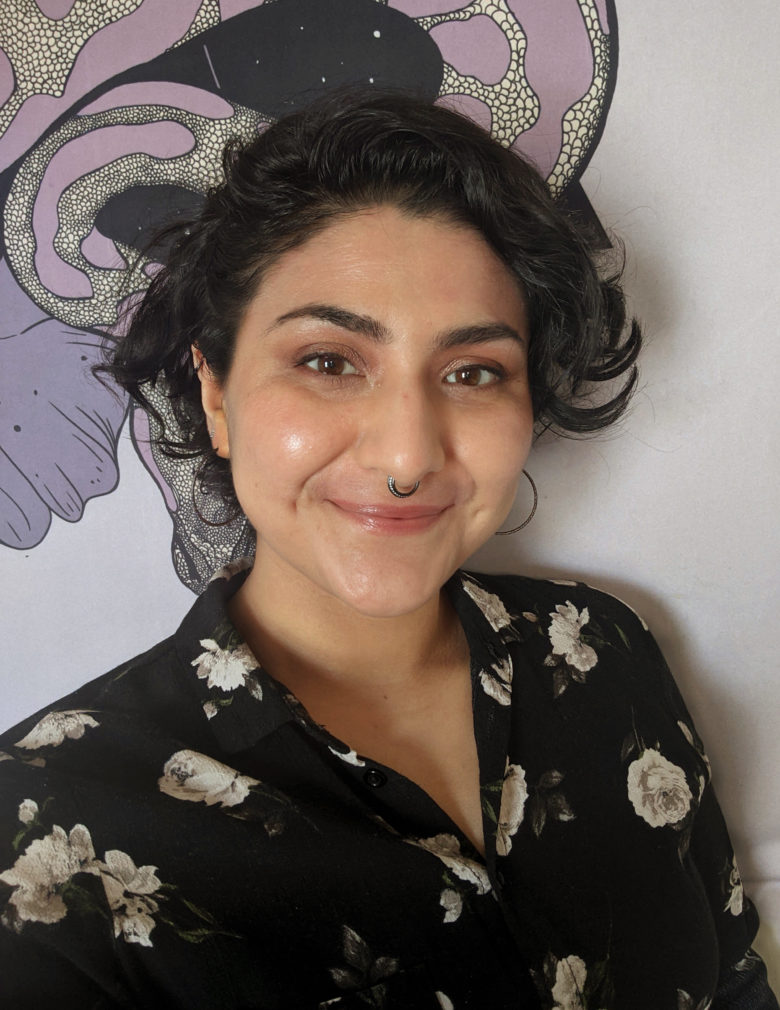 Lucia learned to sew from Abuelita and learned to call it Fiber Art from Academia. They were raised by South American immigrants in the deep American South.

Lucia Calderon Arrieta (she/they) is a fiber artist + anti-racist educator residing in the traditional unceded lands of the Potowatomi, Peoria, Miami, Ojibwe, and Oglala Sioux (So-called Chicago). They investigate boundaries of identity through depicting emotional blobs and using skin conditions like bruising and eczema as metaphors for trauma held in a racialized body. Their most recent body of work is inspired by undersea ecosystems that find balance though constant flux. Bruised soft sculptures become denizens of the deepest, most pressurized, darkest crevasses, yet find their way through alternate systems of nourishment and touch.

Calderon Arrieta holds an MFA from Cranbrook Academy of Art, a Post-Baccalaureate Certificate from The School of the Art Institute of Chicago, and a BFA from Birmingham-Southern College. They have worked as an educator in many capacities, including their current roles at The Art Institute of Chicago and Lillstreet Art Center. They previously held roles as part-time lecturer at Chicago State University, teaching artist at the Allied Media Conference, and facilitator for incarcerated artists with the Youth Arts Alliance!. Calderon Arrieta has shown work in venues including The Hyde Park Arts Center (Chicago, IL), Heaven Gallery (Chicago, IL), The South Haven Center for the Arts (South Haven, MI), Durbin Gallery (Birmingham, AL), Flophouse Gallery (Berkeley, MI), and SOFA 2014 (Chicago, IL).

Caption: A blobby, purple and pink soft sculpture oozes horizontally across a white expanse. On the right, a round, lumpy head/body is covered in pink and purple puckers. On the left, thick, gnarly, felted tentacles trail behind. 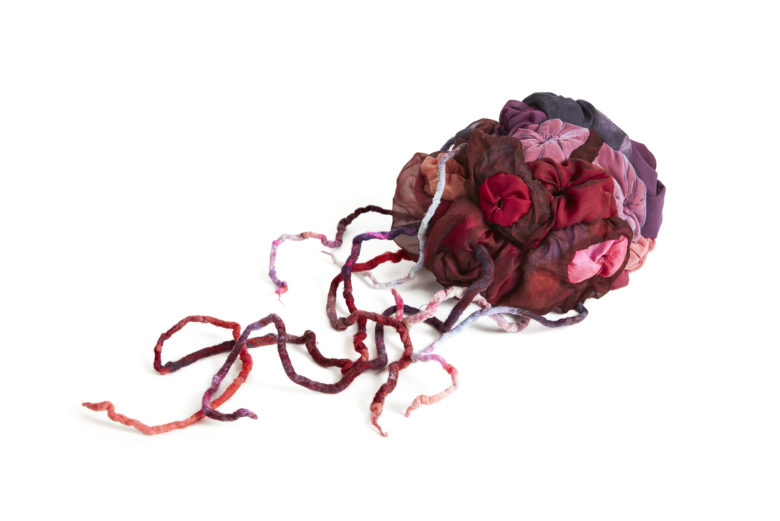