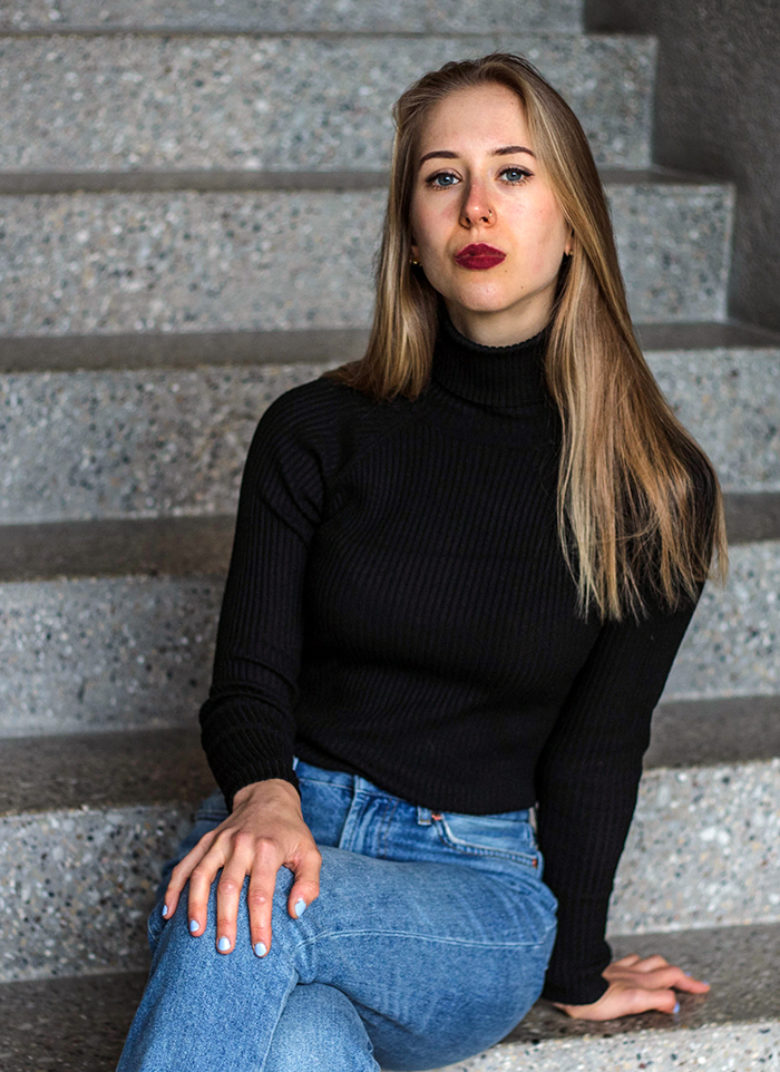 I’ve been making art my entire life, but I began to develop an artistic identity after I took a 20th century art history course during my first year of college. Much of the course focused on the evolution of the female gaze, progressing from Manet’s Olympia to Picasso’s Les Demoiselles d’ Avignon to de Kooning’s Woman I. These paintings, along with the other works I studied, portrayed nude women, staking claims on their bodies. Modernism, specifically in the Western canon, is a narrative constructed by male artists and analyzed by male critics. This infuriated me.

In response, my work is concerned with themes of the female gaze and feminine bodies. I use a variety of mediums—oil painting, collage, drawing, and sculpture—to explore the detrimental effects of objectification, while reclaiming autonomy over feminine bodies. The contradictions present in my work represent the bifurcation of the female psyche. On one hand, feminine bodies are objectified; on the other, people who present as female are alienated in our society, and are thus hyper-aware of their appearances and behaviors. I strive to portray this tension in my work while investigating new mediums, mining art history texts, and seeking out alternate perspectives.