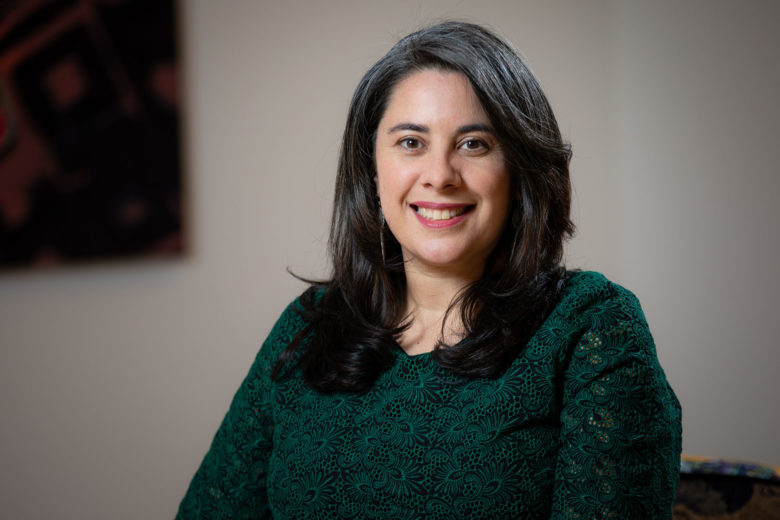 Julie Rodrigues Widholm is a curator, writer, and arts administrator. She is currently Director and Chief Curator of DePaul Art Museum (DPAM), where she leads the strategic and artistic vision to promote equity and interdisciplinary exhibitions, collections and programs in art museums in including a new multiyear Latinx Initiative. Prior to DPAM, Widholm was a curator at the Museum of Contemporary Art Chicago. During the last 20 years she has organized more than 100 solo and group exhibitions, including Julia Fish: bound by spectrum, Brendan Fernandes: The Living Mask; Barbara Jones-Hogu: Resist, Relate, Unite; Rashid Johnson: Message to Our Folks; Doris Salcedo; Unbound: Contemporary Art after Frida Kahlo; Amalia Pica; Escultura Social: A New Generation of Art from Mexico City, which have been presented at museums across the U.S. such as DePaul Art Museum, MCA Chicago, the Solomon R. Guggenheim Museum, Perez Art Museum Miami, the Nasher Museum at Duke University, MIT List Visual Arts Center, and Nasher Sculpture Center, among others. Widholm has authored or contributed to more than 25 publications.

In 2019 Widholm was named Chicagoan of the Year in Museums by the Chicago Tribune and was named one of Chicago’s ART50 Visual Vanguard by New City in 2015, 2017, and 2019. During the 2016-2017 academic year, she was a Senior Fellow in the Institute for Curatorial Research and Practice at the School of the Art Institute Chicago. She has been an instructor, visiting critic, and graduate advisor at national universities and has given numerous public talks. She grew up in Brazil, Mozambique, Portugal, Germany, and across the U.S.