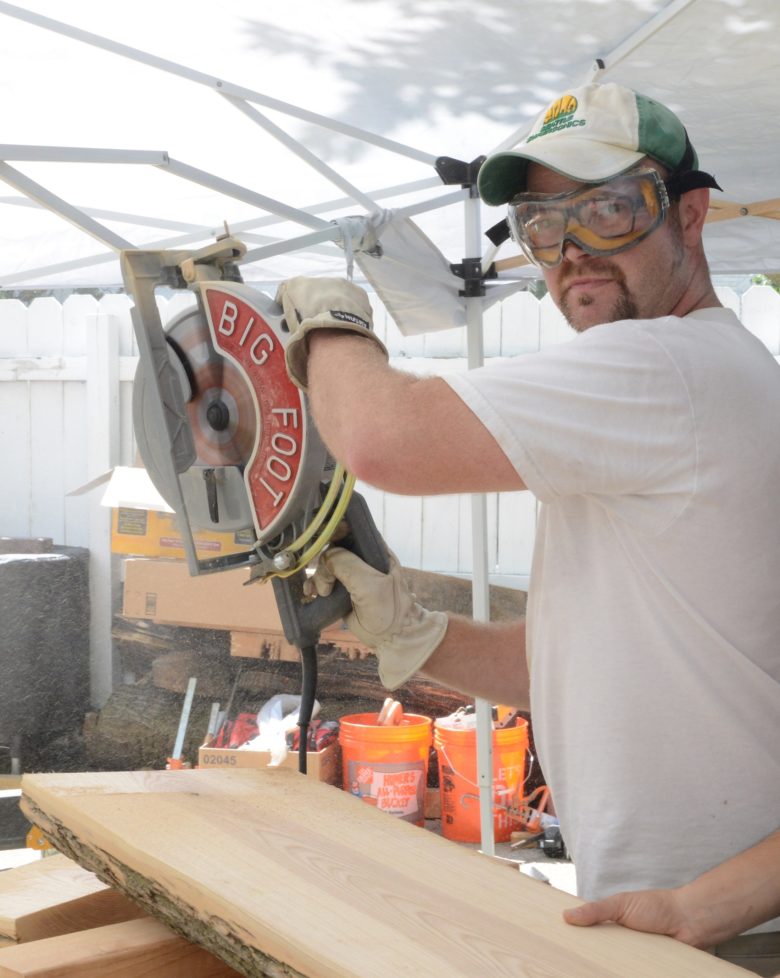 Erik L. Peterson is a Chicago-based public artist, sculptor, and museum educator. Drawing on the vocabularies of traditional arts media along with architecture and transportation infrastructure, Erik L. Peterson creates site-specific installations, public artworks, urban performances, edible sculptures, and neon artworks that challenge a viewer’s sense of space and self. Teasing out the absurdities of social convention with wry humor, his projects give viewers agency to experience the physical act of perception. Peterson’s unconventional approach to materials and his commitment to audience engagement serve to activate the public realm in new and unexpected ways. His art transports the pedestrian into a space of subtle strangeness and surprise, offering viewers a new way to participate as members of, and in the space within, a complex and changing public.

He holds a B.F.A in Sculpture from Washington University in St. Louis and an M.F.A. from the University of Illinois at Chicago. In addition to his artmaking practice, Peterson is the Manager of Family Programs and Student Engagement at the Smart Museum of Art. Peterson recently completed Ashland, a sculptural bench made from reclaimed ash wood, located in Edgewater Beach as one of the featured artists in the City of Chicago’s Year of Public Art in 2018.  Erik will be a guest speaker for Artist Case Studies: Project Development on December 4, 2018.