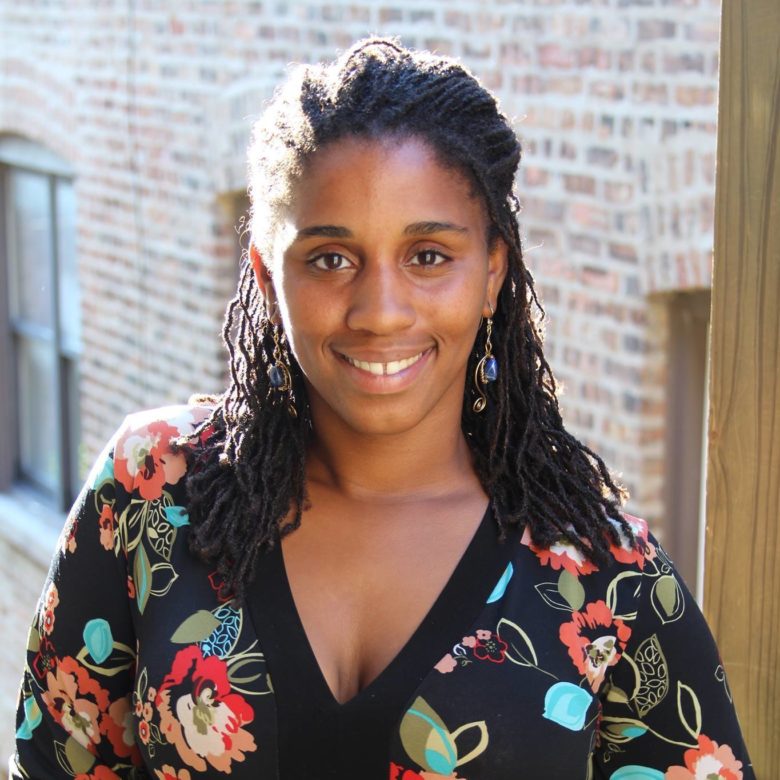 Dionne Victoria was born in Chicago to Victor Simmons Sr. and Dionne Milton. By the time she reached high school she was being commissioned to do family portraits. Her first painting received the All City Poster Award and was featured on all the promotional materials for the exhibition in 2007. She has been given honorable mention in the Black Creativity exhibit at the Museum of Science and Industry and has exhibited in the Congress Library in Washington D.C.   She graduated from the University of Illinois at Chicago in 2011. During her time in school she interned for Peter Mars Gallery, 4Art Inc. and the Good, Bad and Ugly Gallery located within University of Illinois at Chicago. In 2012, she travelled abroad to teach English in Korea. There she learned to use the arts to teach English as second language. In 2013, she began volunteering at the Cook County Juvenile Detention Center facilitating therapeutic art. She graduated from the University of Chicago with Masters in Teaching in 2018. Dionne currently works as a teaching artist for Sky Art. Recently, she has developed an arts integration program at the National Teachers Academy and Andrew Jackson Elementary. Her art has been shown internationally and published on the cover of a limited edition book titled Man, Woman and Child by Dr. Delbert Blair. She has also been featured in online magazines and art catalogs too.