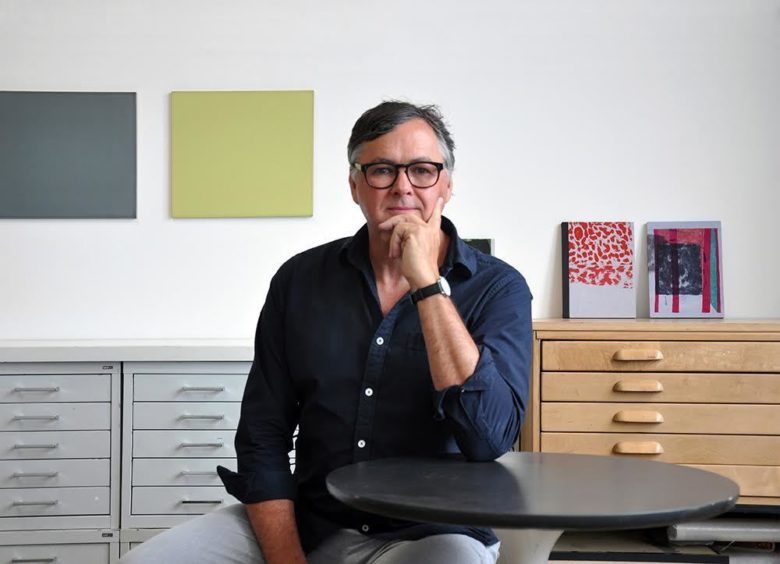 Dan Devening is an artist, curator and educator living in Chicago. He’s currently Adjunct Professor in the Department of Painting and Drawing at the School of the Art Institute of Chicago and was Senior Lecturer in the Department of Art Theory and Practice at Northwestern University from 1993 – 2008. Since the mid-1980s, his paintings and works on paper have been exhibitted  nationally and internationally. In the US, his work has been featured at Autumn Space, Roy Boyd Gallery, Chicago Cultural Center, Terra Museum of American Art, ebersmoore gallery, Threewalls and Julius Caesar in Chicago; Kinkead Contemporary in Los Angeles and Launch F18 and Printed Matter, Inc. in NY among many others. Recent projects include exhibitions in Germany at the Kunsterverein Recklinghausen, Museum Kurhaus in Kleve, galerie oqbo and Scotty Enterprises in Berlin, dok25a in Dusseldorf and Renate Schroeder Gallery in Cologne. Other international group exhibitions include shows at Art Metropole in Toronto; De Appel in Amsterdam; Secession in Vienna and Galerie des Multiples in Paris. His recent solo show at groelle pass:projects occurred this past June in Wuppertal, Germany. His curatorial projects include New Business at the Hyde Park Art Center in Chicago; Seers, Signs at 57W57Arts in New York; Seems at the Block Museum at Northwestern University; Gravity Matters and Shadowy Folds at dok25a in Dusseldorf, Germany;The Nature of Disturbanceat rowlandcontemporary in Chicago;  Where There Is, recent drawings from Chicago at galerie oqbo in Berlin; Infra-Thin at the College of DuPage in Glen Ellen, Illinois; and Paper Products at the Evanston Art Center. As a co-curator with Shannon Stratton (Chief Curator, Museum of Arts and Design, New York) and Jonathan Middleton (Director, Or Gallery, Vancouver), Dan Devening was awarded a grant from the MacArthur Foundation in 2012 to produce a series of exhibitions and events featuring artists from Berlin, Chicago and Vancouver. The exhibition and events continued until 2015. In 2007, he inaugurated and currently directs devening projects + editions, a gallery project featuring exhibitions and site-specific installations by emerging and established international artists. Since its inauguration, he has produced more than 80 exhibitions. He is also a partner in Paris London Hong Kong, an experimental exhibition space in the West Loop that opened in 2013. dandevening.comdeveningprojects.comparislondonhongkong.com