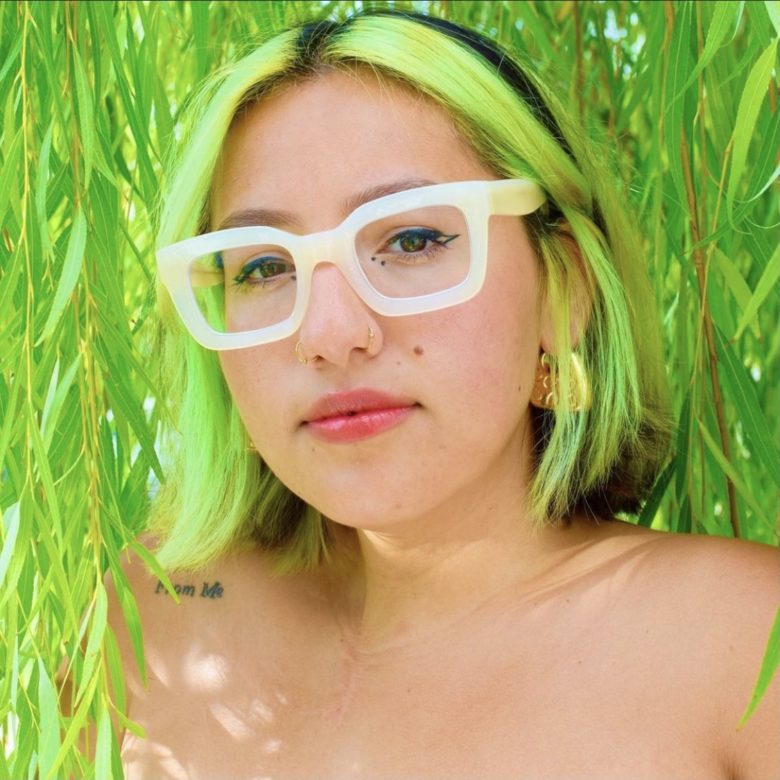 Ariella Granados is an Interdisciplinary artist whose work explores telenovelas, childhood, and internet subculture across media. Drawing from personal memory, her multimedia videos depict familial trauma embedded through the creation of fictional characters that portray real lived experiences as a bicultural and disabled body.

Using makeup, found images, sound, and video performance, Granados manipulates language, truth, and personal memory to create mini-sodes that are dramatic, humorous, and sentimental. She manipulates her disabled body through makeup and garb to become characters that play with fiction and truth. Playing with ideas of truth and fiction similar to Latinx soap operas and advertisements, Granados creates a liminal space between fiction and truth that replay the bicultural liminal state. Granados' work is intertwined with the consumers inability to not fully be satisfied with the consumption of commodities in media advertisements etc.

Image: Image from Bodies In Progress series. I incorporate images of American television, where I am connecting these images to the direct inaccessibility that is being sold to the Mexican-American home disguised as a dream. This “dream” revealing itself through language, class, and objects. Using a still from the HSN channel, I place my body dressed up as two different characters interacting with one another, posed as saleswomen. The very language of the image are cis white women selling domestic objects with the assumption that their audience are domesticated women who are stuck in the home. Yet how does this change when the viewer is a mother watching this, without access to the language? -- still unable to access these objects. This desire that is created between the saleswomen and the viewer is where sentimentalism serves as an introduction to consumerism. 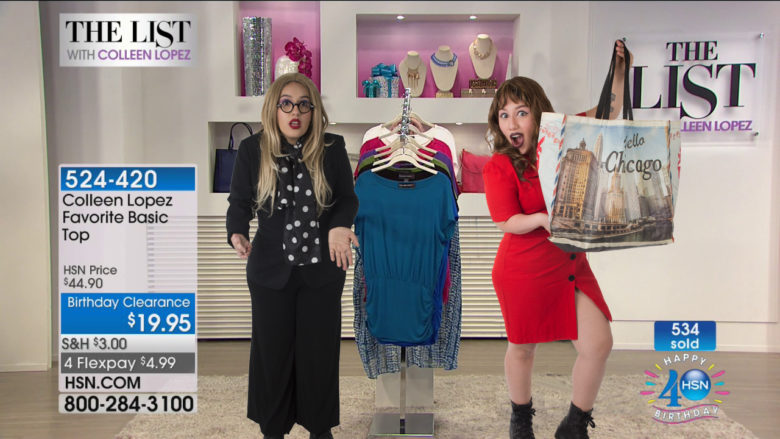